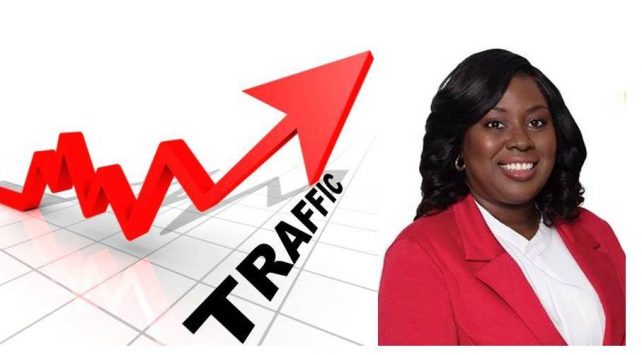 The traffic department of the Dominica Police Force will be implementing some temporary measures in the community of Newtown to ease traffic congestion during the launch of Dominica Labour Party (DLP) candidate for Roseau south, Chekira Lockhart.

Lockhart will be launched on Sunday 2nd of June, 2019 at Newtown Savannah.

Acting Superintendent in charge of the Central Division, Leana Edwards explained the traffic arrangements which will be put in place.


“One-way traffic will only be permitted on Victoria Street for motorist travelling north between the intersection of High Street and Victoria Street, Newtown and the Melville Battery road. Motorists travelling south to Newtown and other southern communities will do so via the Morne Bruce road and travel in an easterly direction unto the lower Morne Bruce road,” she said.

“Upon reaching the intersection of lower Morne Bruce road and Centre Street, Kings Hill you will continue in a southerly direction unto Back Street, Kings Hill then travel in a westerly direction along Melville Battery road unto the Newtown public road. Motorists traveling south along bath road will be diverted to the Morne Bruce main road to exit at Back Street Kings Hill unto the Newtown public road.”

Edwards also stated that motorists will not be allowed to travel in a westerly direction on Lower Kings Hill center street unto bathe road as well as motorist travelling south along Victoria street in the vicinity of DBS radio will be diverted left unto high street unto Morne Bruce public road.

Superintendent Edwards added that two emergency lanes have been established and must not be obstructed to the free flow of traffic.

She said there will be no parking on either side of Victoria Street from the intersection of High Street and Melville Battery road as well as no parking on either side of Bath Road from the intersection of Independence Street and Morne Bruce public road. Public parking will be allowed in the city of Roseau and motorists must adhere to all traffic signs and road markings.

The general public is advised to fully cooperate with the police and to adhere to all the traffic signs and directions of the police.

These temporary measures are scheduled to take effect from 9 am on Sunday 2nd June 2019 and will remain in effect until the area is clear of all obstructions by 11 pm on Sunday June 2nd 2019.