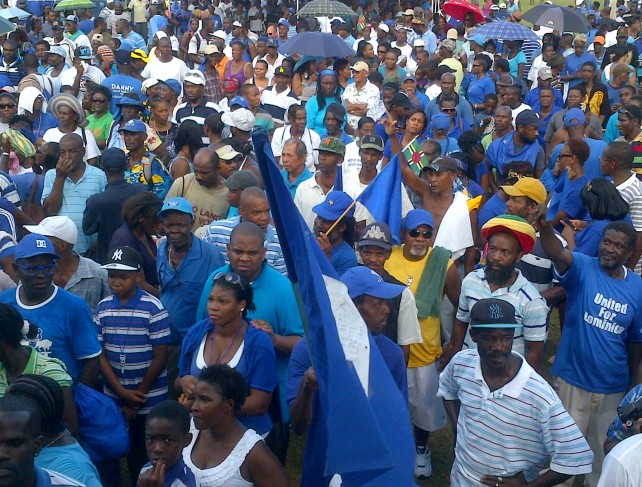 Hundreds of United Workers Party (UWP) supporters assembled at the Londonderry playing field  Sunday afternoon in what political leader, Lennox Linton, earlier described as “a defining event in the political history of Dominica.”

The UWP is celebrating 25 years as a political party in Dominica.

Party followers have so far heard solidarity messages delivered by candidates from a number of constituencies and addresses from retired political leader, Edison James, and deputy leader, Claudius Sanford.

At the time of publication, political leader, Lennox Linton was addressing the rally.

The photos in this article were taken at various stages of the event between 4 p.m  and 7 p.m today. 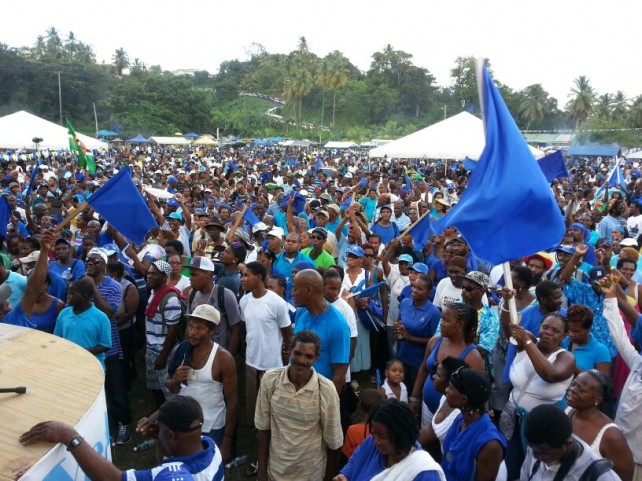 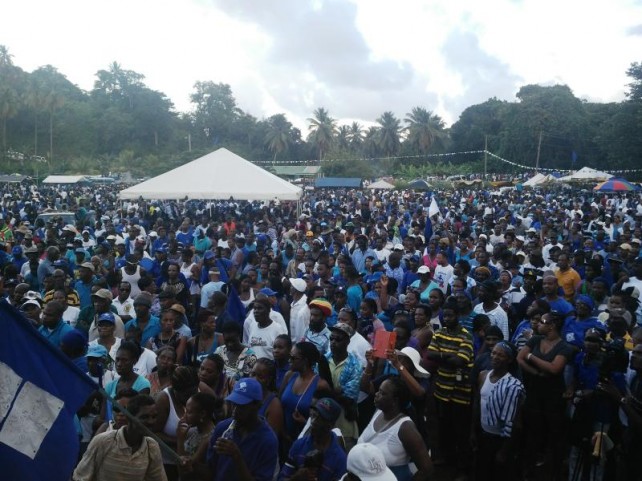