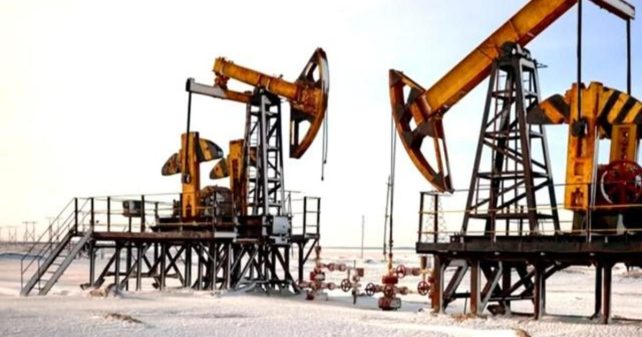 US President Joe Biden stated on Tuesday that his government will restrict Russian oil, natural gas, and coal imports into the United States, a move he cautioned might lead to a surge in domestic gas prices.

This is the latest move by the United States aimed at intensifying economic pressure on Russia in reaction to that country’s invasion of Ukraine.

“Today I am announcing the United States is targeting the main artery of Russia’s economy. We’re banning all imports of Russian oil and gas and energy,” Biden said in remarks from the White House. “That means Russian oil will no longer be acceptable at US ports and the American people will deal another powerful blow to Putin’s war machine.”

Sanctions on Russia’s oil and gas industry were originally thought to be mainly off the table since policymakers in the US and Europe were concerned about a worldwide price surge. However, as Russia’s attack in Ukraine increasingly targets civilians, pressure on Biden to intervene has grown, notably from Ukraine’s president and American politicians from both parties.

According to CNN, Biden acknowledged in frank remarks from the White House that the step was likely to lead to higher costs for Americans, a potent political issue that is already leading to attacks from Republicans.

Due to debate among European states on whether to prohibit Russian energy imports, the US is anticipated to act unilaterally, without the support of its European allies. The EU has a much greater vulnerability to Russian energy than the US. The United Kingdom stated shortly before Biden’s speech that it will phase out Russian oil imports before the end of the year.

Given the intense political pressures at home, US authorities believed that moving without their entire coalition would not cause severe problems.

Biden emphasized in his remarks that his decision will likely hurt Americans at the gas pump.

“The decision today is not without cost here at home,” Biden said. “Putin’s war is already hurting American families at the gas pump. Since Putin began his military build-up at Ukrainian borders, the price of gas at the pump in America went up 75 cents and with this action it’s going to go up further. I’m going to do everything I can to minimize Putin’s price hike here at home.”

The President also warned companies against price gouging during a time of crisis.

“To the oil and gas companies and to the finance firms that back them: We understand Putin’s war against the people of Ukraine is causing prices to rise. We get that. That’s self-evident but- it’s no excuse to exercise excessive price increases or padding profits or any kind of effort to exploit this situation or American consumers, exploit them. Russia’s aggression is costing us all. And it’s no time for profiteering or price gouging,” Biden said.

US imports from Russia make up a small slice of American energy portfolio, roughly 8% in 2021, of which only about 3% was crude oil.

The Department of Energy reported that in the last two weeks of February, Russian oil imports dropped to zero as US companies cut ties with Russia, effectively implementing their own ban.