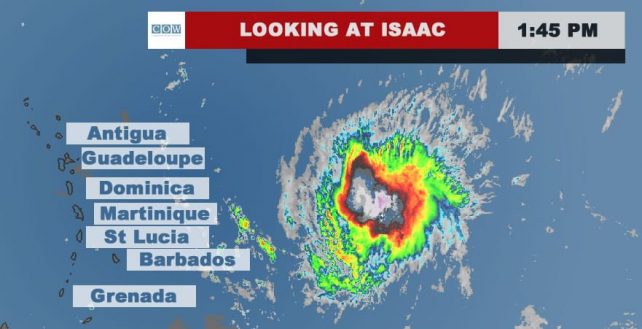 Prime Minister, Roosevelt Skerrit, has said that the government is going ‘full force’ to prepare Dominica for possible effects of Tropical Storm Isaac.

He spoke at a press conference on Tuesday as the island monitors the storm which is located east of the Windward Islands.

The Prime Minister said Dominica cannot afford another storm from a financial, economic and an emotional/psychological standpoint.

He called for prayer as the storm churns towards Dominica.

“I urge us to pray to our God and to continue praying but when we pray let us prepare ourselves because the two must come together in order for us to see the storm through,” Skerrit remarked.