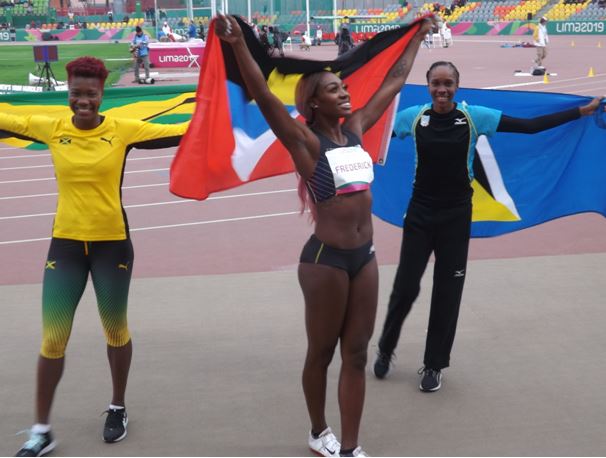 On day three of athletics at the Pan American Games, the West Indian women dominated the high jump capturing all three medals.

Levern Spencer of St Lucia successfully defended her title by securing the gold medal (1.87m). She narrowly edged out Priscilla Frederick of Antigua who won the silver, while Kimberly Winston of Jamaica brought home the bronze. 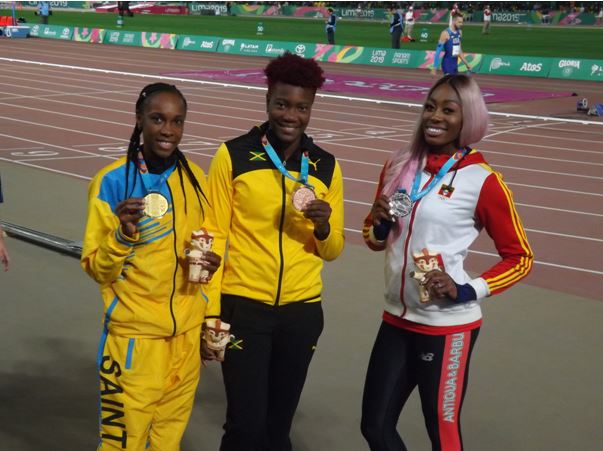 As the day progressed, there were other memorable moments.

Mexico had a come from behind win in the men’s 1500m race. Jose Villarreal dug deep in the final stretch to beat American John Gregorek. Canada’s William Paulson won bronze. 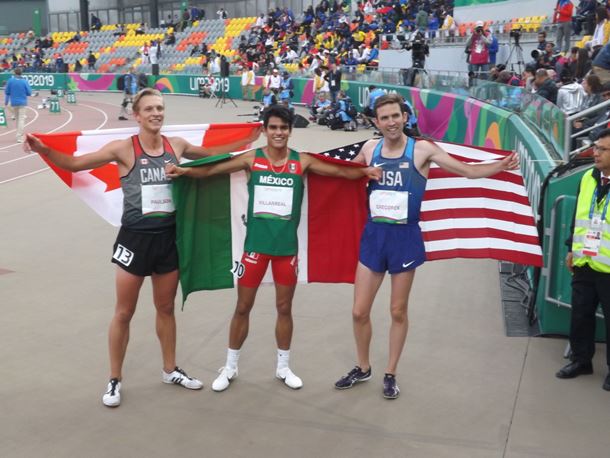 In the women’s pole vault, Yarisley Silva won her third consecutive gold medal in the category at the Pan Am Games. Silva is also the current record holder (4.85). She beat Kathryn Nagoette of the USA into second place and Alysha Newman of Canada came in third. 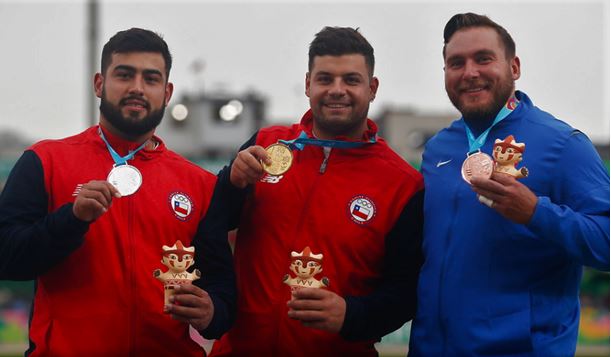 The men from Chili hammered the competition in the final of the men’s hammer through to win gold and silver. Gabriel Kehr came in first while his teammate Humberto Mansilla was second. The bronze medal went to Rudy Winkler of the USA.

Victoria Cristina of Brazil had the fastest time in the women’s 200m. In her semifinal heat she finished in 22.72 seconds. Six-time Olympic medalist Shelly-Ann Fraser-Pryce finished in 22.90 to lead her heat. Both women have advanced to the final. 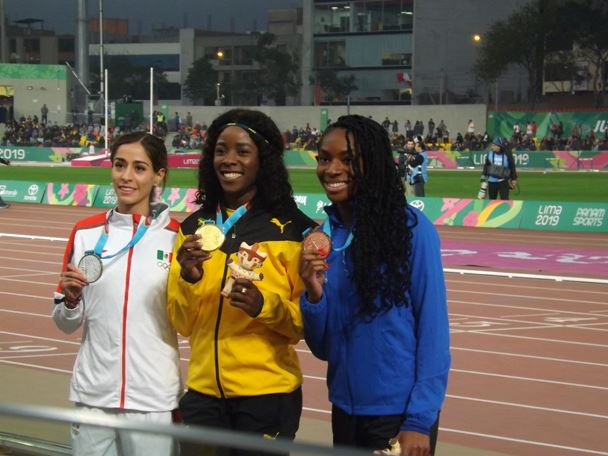 Jamaica earned yet another spot on the podium when Shericka Jackson won the gold medal in the women’s 400m. Paola Moran of Mexico came in second and Courtney Okolo of the USA was third. 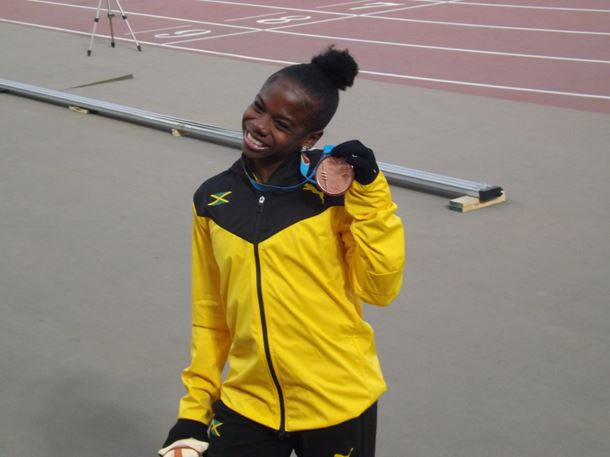 Jamaica’s Megan Simmonds captured the bronze medal in the women’s 100m hurdles. She was ousted by Andrea Vargas of Costa Rica who won gold and American Chanel Brissett who got the silver medal. 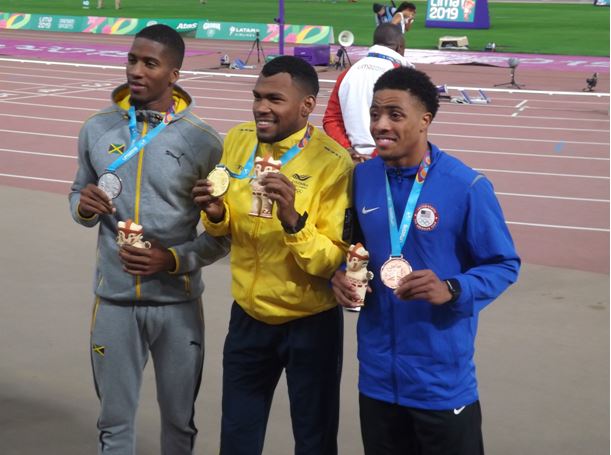 Luguelin Santos of the Dominican Republic who won gold in 2015 had a disappointing finish in the men’s 400m final. Santos came in seventh of the eight participants. It was Colombia’s Jhon Perlaza who stole that spotlight to win gold and Jamaica’s Demish Gaye had an impressive second place finish while American Justin Robinson finished third. 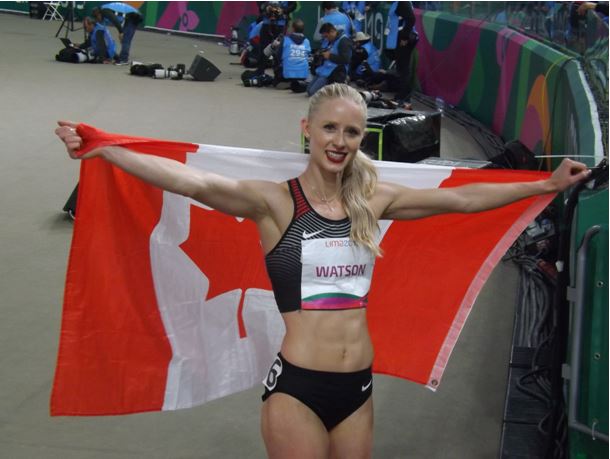 The women’s 400m hurdles proved to be an emotional event when Canada’s Sage Watson who came in first ran the risk of being disqualified. Upon further review, Watson retained her gold medal to become the first Canadian woman to win that event at the Pan Am Games. American Anna Cockrell won silver while Jamaica’s Rushell Clayton got the bronze.

In the men’s 400m hurdle Brazil’s Alison Alves Dos Santos came away with the gold, Amere Lattin of the USA won silver and Kemar Mowatt won another medal for Jamaica when he captured the bronze. It was a difficult race for Juander Santos of the Dominican Republic who suffered a spill on his final hurdle. 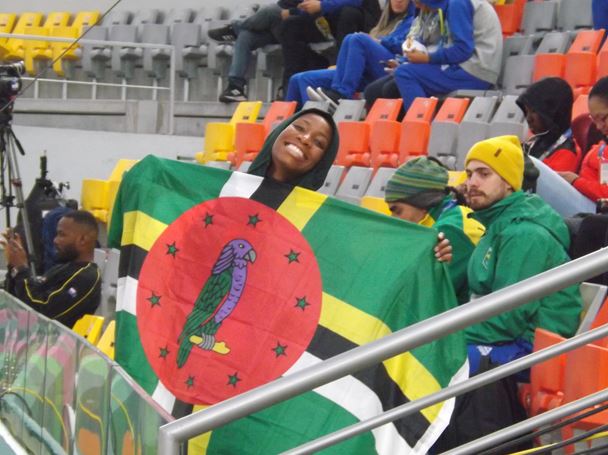