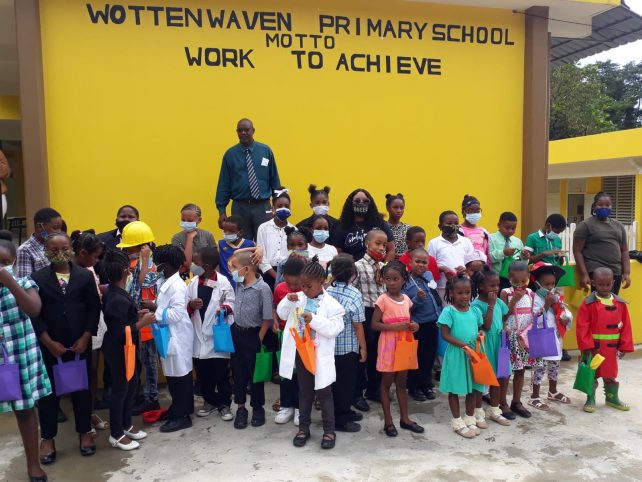 As part of the day’s activities, students reported to school dressed in outfits depicting the occupations they wish to pursue in the future.  Some came as nurses, musicians, farmers, lawyers and more.

Principal of the school Algernon Ducreay who spoke to media, said career day highlights the importance of students charting towards their careers from an early age. Ducreay believes that the presentations at the activity gave the children a great route to follow as they begin to consider their future career paths.

He said that it is important for young people to be able to choose their careers based on their own interests and passions and not necessarily that of their parents.

The principal was thankful for the community response to the event and hopes it will become an annual one.

The school also hosted a mini-exhibition on that day.