Haitian youths in Dominica are seeking to meet with Prime Minister Roosevelt Skerrit to discuss his appeal to the Haitian community on the island, to help stop the illegal movement of Haitians from Dominica.

In a statement, the group recognizes “the migration system” as a major global issue affecting many people in the world today, especially blacks and says the prime minister’s call is a good move.

“This is a good step as it is what the Haitian community wanted to hear from the Government of Dominica; not all of us want to leave Dominica illegally,” the group, which calls itself Young Haitians Focus Group, states. “We all know that Haitians left Haiti because they are looking for a better life; because of the situation of the political system of Haiti, they want to leave the country to go somewhere else to look for peace.”

The young Haitians point out that not all Haitians want to leave their country and their families to go elsewhere but, according to the group, those who migrate don’t have a choice.

“Most of the Haitians who left Haiti to come to Dominica are young people; most of us are professionals – educated, talented people with a lot of determination – who want to realize our dreams,” the group states in its release. “The Haitian community has always wanted to change the situation of Haitians living in Dominica but it is not something easy; it will take time and we need the Government to help us to change the reality that we are living today in this country.”

The group started in December 2019 with six young Haitian men who say they came together to consider ways of helping their fellow-countrymen who entered Dominica without a visa. This move, they say, followed a CARICOM decision to allow Haitians to travel within the Caricom region without visas. Dominica implemented that decision on October 1, 2018.

“When most of them came here, they did not have family, or friends in the country. They could not speak English; that is why our purpose was to support such individuals,” the young Haitians say.

According to the group, most of the Haitians who leave Dominica illegally to go somewhere else, are young people who, after coming here to start a new life, don’t feel welcome.

“It is unfortunate, because when they go on a boat to Guadeloupe, Martinique or St Martin, we do not know how many of them who have died in the sea, how many of them who lost their lives and their family never heard about them again. It is really sad,” the Haitian youths lament.

The group maintains that for the situation to change, the government needs to get in touch with the Haitian community – the young people and adults – to work together for a better society.

“We don’t want the government to meet with a set of people and forget about the vulnerable. If it goes that way, the situation will remain the same. We all know that the corruption started with the Haitian community; we as young people, we want to change that,” the group maintains. “We would like to present to the Government a group of young Haitians who put themselves together to work and to think about a better Haitian community and migration system in Dominica.”

On behalf of the Haitian Community, the group expresses gratitude to the Government of Dominica, “especially the Prime Minister, for their love and concern for the Haitians who are living in Dominica”.  They also thank the Goodwill Secondary School “for supporting us in one of our missions last year which was to open an English class for our Haitian brothers to facilitate them to speak and understand English.” 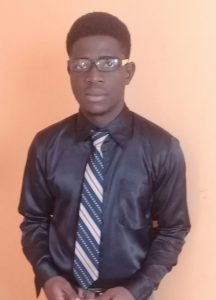 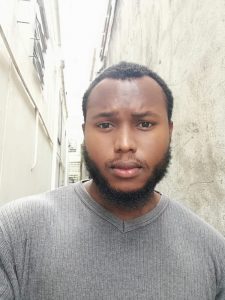 The full statement from the group is posted below.