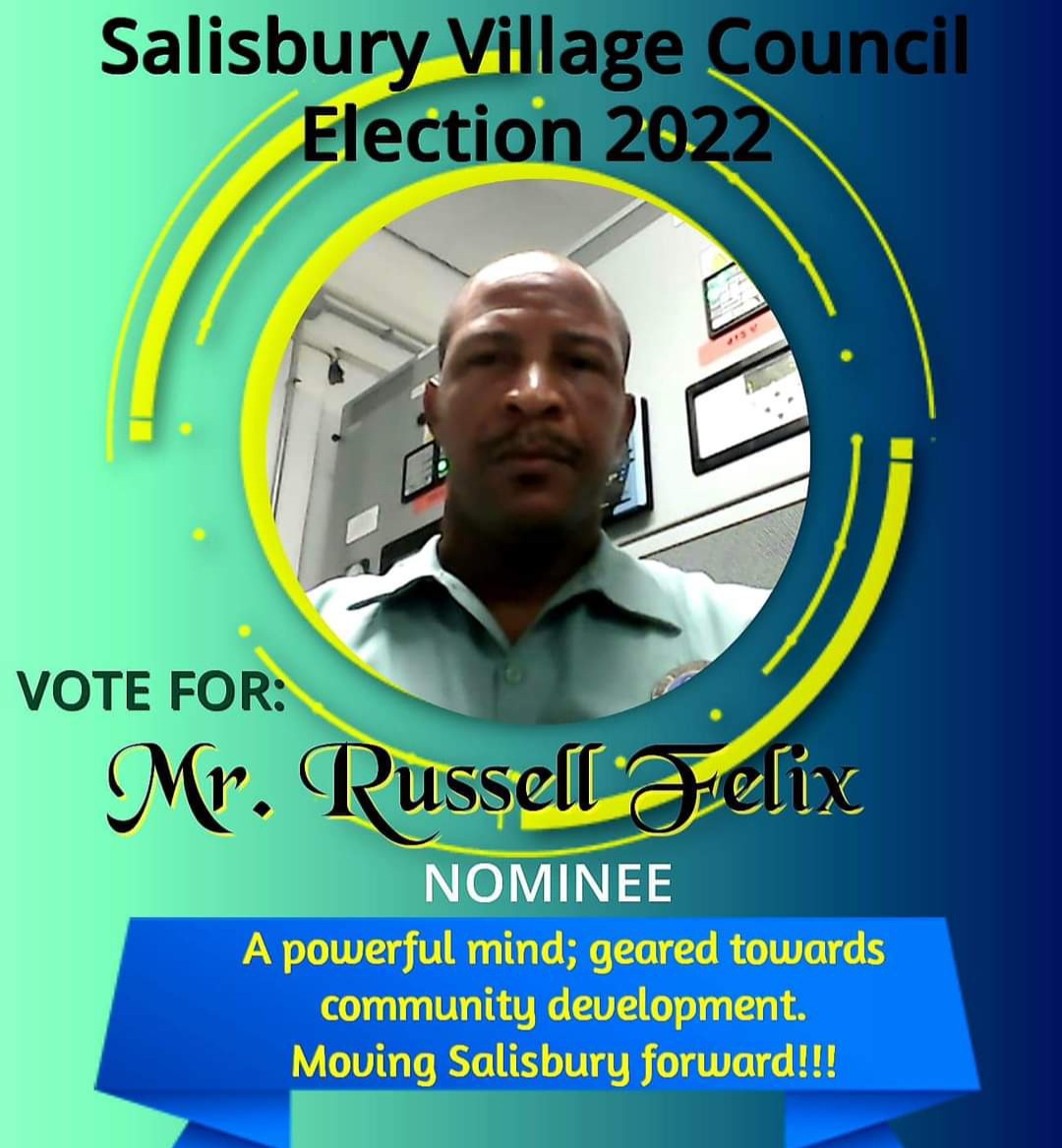 Among the 11 nominated candidates who contested the recently held Salisbury village council election, electrician Russel Felix found favour with the electorates, amassing over 300 votes to earn himself a seat on the council which has been elected after 59 years.

On March 9th 2022, members of the community went out in large numbers to cast their vote electing Felix as well as two other men and two women -Selma Louis, Ned Toussaint, Sylvia Vidal and Vincent Langlais-  to serve as members of the Salisbury Village Council.

Expressing his excitement over the outcome of the election, Felix sounded a call to his fellow villagers to join forces for the development of the farming community.

He says among his top plans are beautification projects for the village, enhancement of the agricultural sector, improvement for the youths in sports and education, proper maintenance of the village and farm access roads, as well as development to the sporting facilities and proper lighting of Salisbury.

Parliamentary Representative for the Salisbury Constituency Hector John, who previously spoke to Dominica News Online (DNO) expressed optimism that the new council will serve for the enhancement of the west coast village.

As further stressed by the veteran politician, the village council is needed to ensure that everyone plays their role in a structured way and he believes that the new council will allow the local government department and central government to also make their contribution towards that village council positively.

He is also hopeful that other Non-Government organisations (NGO’) will use the opportunity to work with the members of the community to help advance different economic sectors forward, such as agriculture, sports, tourism and fisheries.

According to local Government Commissioner Glenroy Toussaint,  the council of Salisbury will be reestablished on or before the 9th of April 2022.

He also pointed out that the Salisbury village council will be very similar to that of other communities in Dominica where there will be five elected members and three nominated by the government which will make up the composition of eight members on the village council.

A chairman will be elected among the eight to serve on the Salisbury village council.

The re-establishment of the local body means Salisbury will be served by a village council for the first time since 1965.