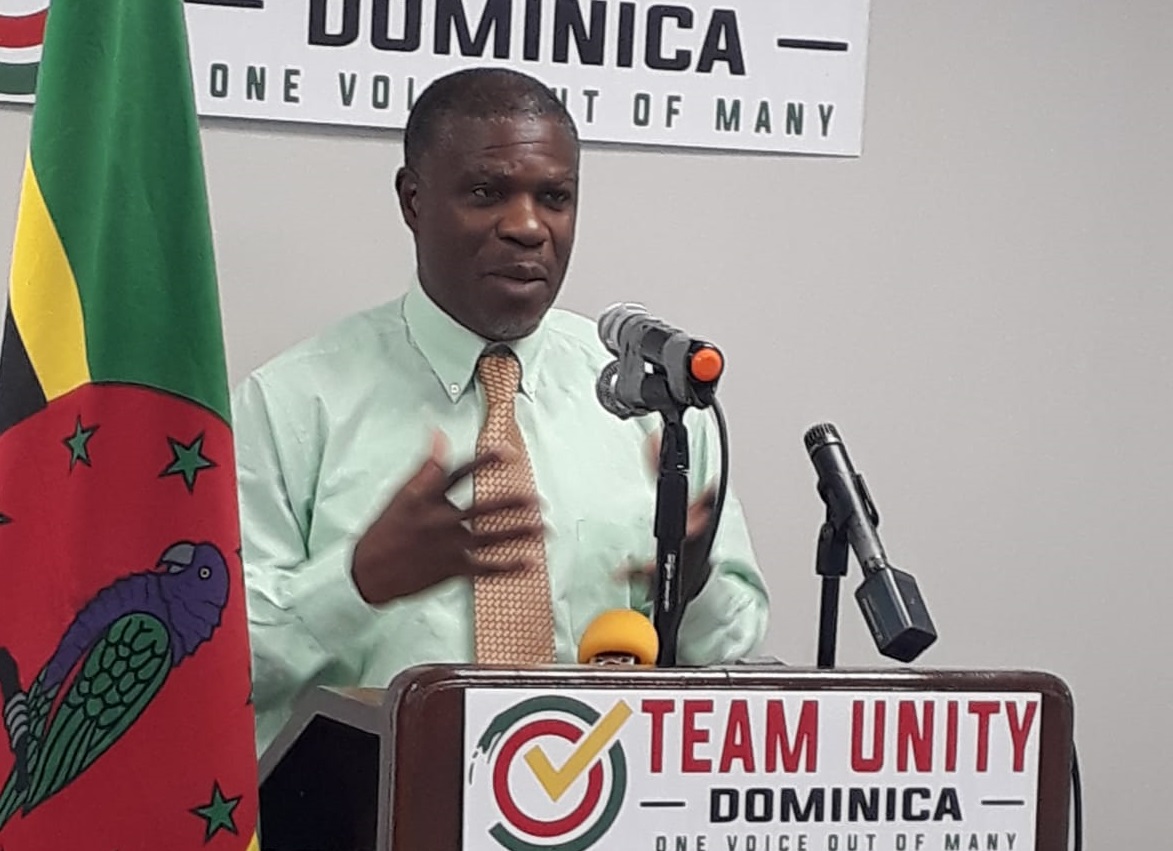 The TUD  will be officially launched at Calibishie on Sunday 14th, August from 3:00pm.

The movement’s General Secretary,  Alex Bruno made the disclosure at a press conference held at Fort Young Hotel Waterfront conference room on Wednesday.

Bruno continued, “We have been speaking to hundreds of people, consultants who have given us very sound advice. We are ready to run Dominica for maybe two months time if the election calls early or a year and a half time.”

He added, “We are honestly and genuinely ready to take over the reins of government.”

Bruno believes that the Dominican public should give the movement the opportunity in office, to build and change Dominica.

He explained that a decision was made to create the TUD out of a great desire by the Dominican people who have expressed the need for such an entity.

“The party system has pretty much failed the people to a great extent and there has been a clarion call for a neutral, less partisan setup to take care of the serious administrative matters of the country moving forward,” he said. “That is what Team Unity is all about, we are not just a party of individuals interested in office, we are a party of individuals interested in the well-being of our people and our country.”

“For far too long we had this politics of division and hate, so we are trying to bridge the divide, bring parties together, to unite under a platform,” Bruno stated. “We want to establish a sort of meeting point where all Dominicans can respectfully disagree on matters of politics, not with envy or rank or hate.”

He said that agriculture, as the main pillar of Dominica’s economic transformation, will be at the core of the movement’s economic development plicy.

“So if we are fortunate to get the blessings of the Dominican public and we are voted into office we will radically transform Dominica’s economy on an agricultural basis,” he revealed. “We will place emphasis on young farmers.”

Bruno said the party will entice younger Dominicans to get into farming and create a workers guild where “we may have to import farm labour to assist with the recultivation of at least 80% of arable lands in Dominica and we shall do so at least within the first half of our first term in office.’

He went on to say that the movement will invest $1 billion in agriculture with monies raised from the revenue streams  that are currently used, to raise funds for infrastructural development.

“We will create an export agency to take care of all the farm products, to make sure whatever is produced in Dominica can be sold regionally and internationally and we will invest immediately in high grade organic cannabis/Marijuana as a major industry,” he noted.

Another thing that the TUD will do, according to Bruno, is to establish a free speech zone.

“Dominicans want to speak against the things that affect them and Peeble’s Park will be declared a speech zone where any group or individuals at any time could gather at Peeble’s Park and say whatever they wish against the government…as long as it is not libelous or slanderous or profane,” he declared.

Membership in the movement is open to anyone 18 years and above.

Bruno stated that a TUD government, if the movement is elected, will consist of 11 ministries: